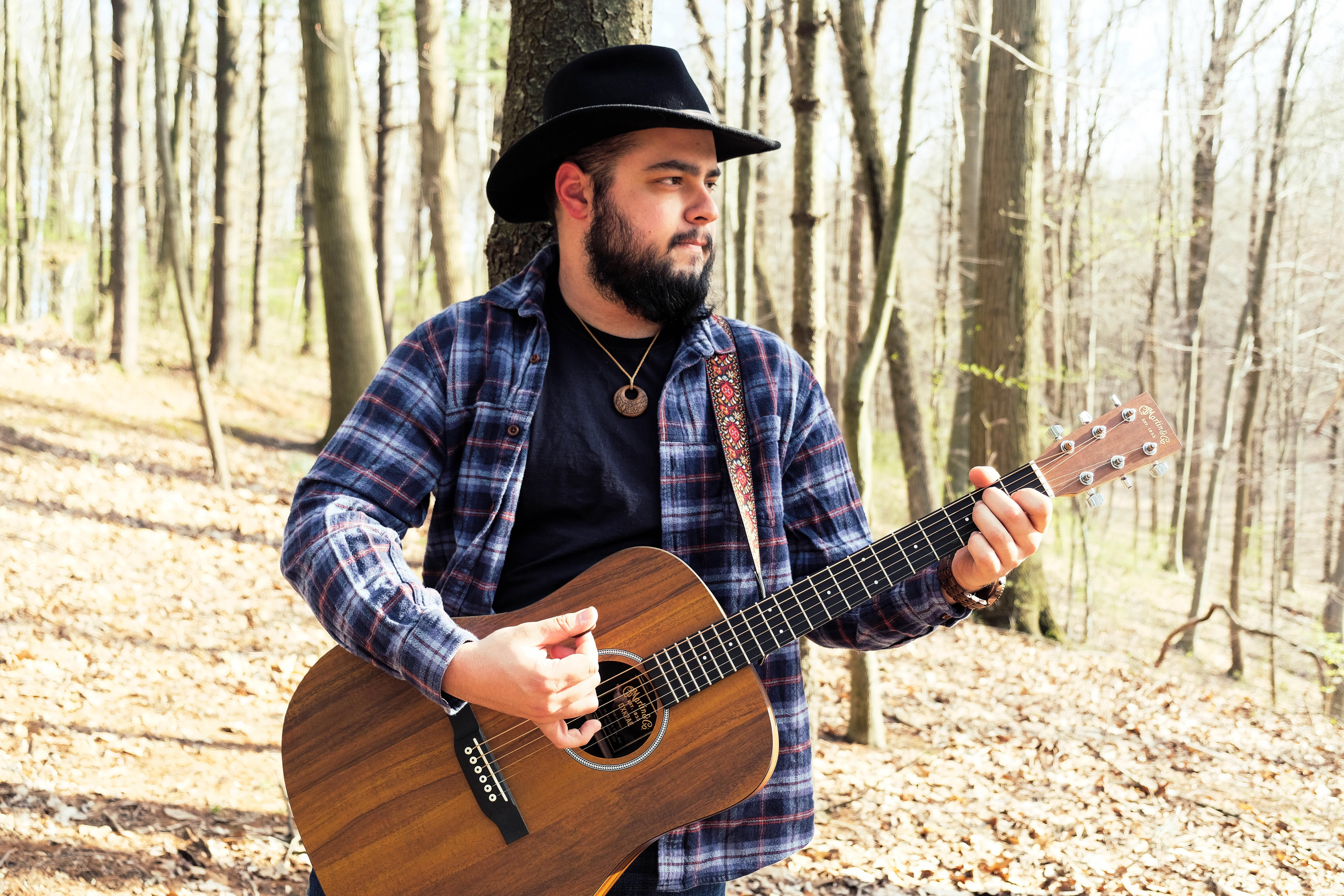 Eastern Pennsylvania | View Website
Cody is a Pennsylvania native with an All-American sound and a background fluid in the Country Classics, as well as growing up loving Southern Rock. You may think Pennsylvania is a little out of the way, but youd be sadly mistaken. Codys story is a special one and its a privilege to share it with you, as well as his musical and writing styles that have resulted from it. ? Our ancestors leave an imprint on who we are as people. Musicians and music lovers are primary examples. Taste is subjective but often its impressed on us at an early age. As Cody describes it, he and many of us are part of the echo generation, who grew up listening to and loving our parents' favorite music. His mom and dad served him well with the likes of Led Zeppelin, The Allman Bros, Stevie Ray Vaughn, Lynyrd Skynyrd, and Eric Clapton. Despite his parents not being musicians or singers themselves, they impressed their music on him and bought him a guitar at the early age of 10, lighting the fire that still burns for music and the self-expression it brings. ? He listened to popular country growing up, but grew dissatisfied with the formulated music and repetitive songs and verse. Eventually he discovered Cody Jinks, Whitey Morgan, Sturgill Simpson, and other on their own terms artists. The music, lyrics, and self-expression started pouring out of him. His songs tell his personal stories about the bonds of family and pride in country. These are the roots of Country music. A few of the tracks on his recently released EP Playin' with Firewater are especially amazing personal stories that are universally relatable and inspiring. Cody grew up with only one living grandparent. His grandmother, with whom hes still extremely close with, would tell stories of his grandfathers life and experiences. His great uncle, an Army Paratrooper in the 82nd Airborne, was a casualty of the Second World War on the day after D-Day, and is buried at the American Cemetery at Normandy. His granddad, a Lt. Colonel in the Army National Guard had passed away in drills at Ft. Drum over a decade before his birth. He got a tattoo of an Eagle with dog tags in honor of the men who were so instrumental in his life, though theyd never met. Last year his little brother enlisted in the Army and it impacted him, inspiring a heart-touching song. Eagle Tattoo is a fantastic tune explaining his emotions and trepidation of not wanting the same fate for his brother that their grandfather and great-uncle experienced. Cody said, Some songs come in minutes, others years. Grandads Vinyl is another amazing track that shows off Codys love and perfect framing of family and nostalgia. Only knowing his grandfather through family stories, he really got to know the man through his love of music with his vinyl collection that was passed down to him. He was initially digging through his mother's Blackfoot and Styx records, when he found his grandfather's collection. The Hanks (Sr. and Jr.), Waylon, Willie, and Merle all opened the window to the grandfather that he wasnt able to know. His favorite venue to play is the Village Tavern in Leesport, PA. It is the place he got his start, and he is excited about playing each time. He and his band, Double Crossed, play volunteer fire halls and VFW posts all over Pennsylvania always having a great time and getting great response from the crowd. When talk turns to musical goals, Codys dream is to play and make music full time and be a road warrior like so many of his heroes. Advice from Merle Haggard by way of a conversation he had with Cody Jinks helps propel him: The worst thing that you can do is not use your God given talent and keep it hidden from the world. We have very little doubt that Cody will use his to the best of his ability, and grow to be one of your favorite artists. - Outlaw Music Round Table Staff