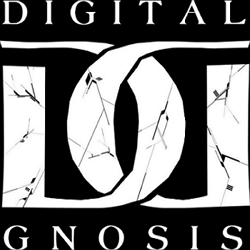 Chicago | View Website
Digital Gnosis was formed in 2008 after a conversation about music, technology, and alchemy occurred while assisting with system authentication. Shortly thereafter, they began making music that has alternately been categorized as Electro-Mystical, and Inner/IntraDimensional. In March of 2016 Digital Gnosis released Aten, an LP. In live performance, they resample video and improvised audio to create a visceral multimedia experience.