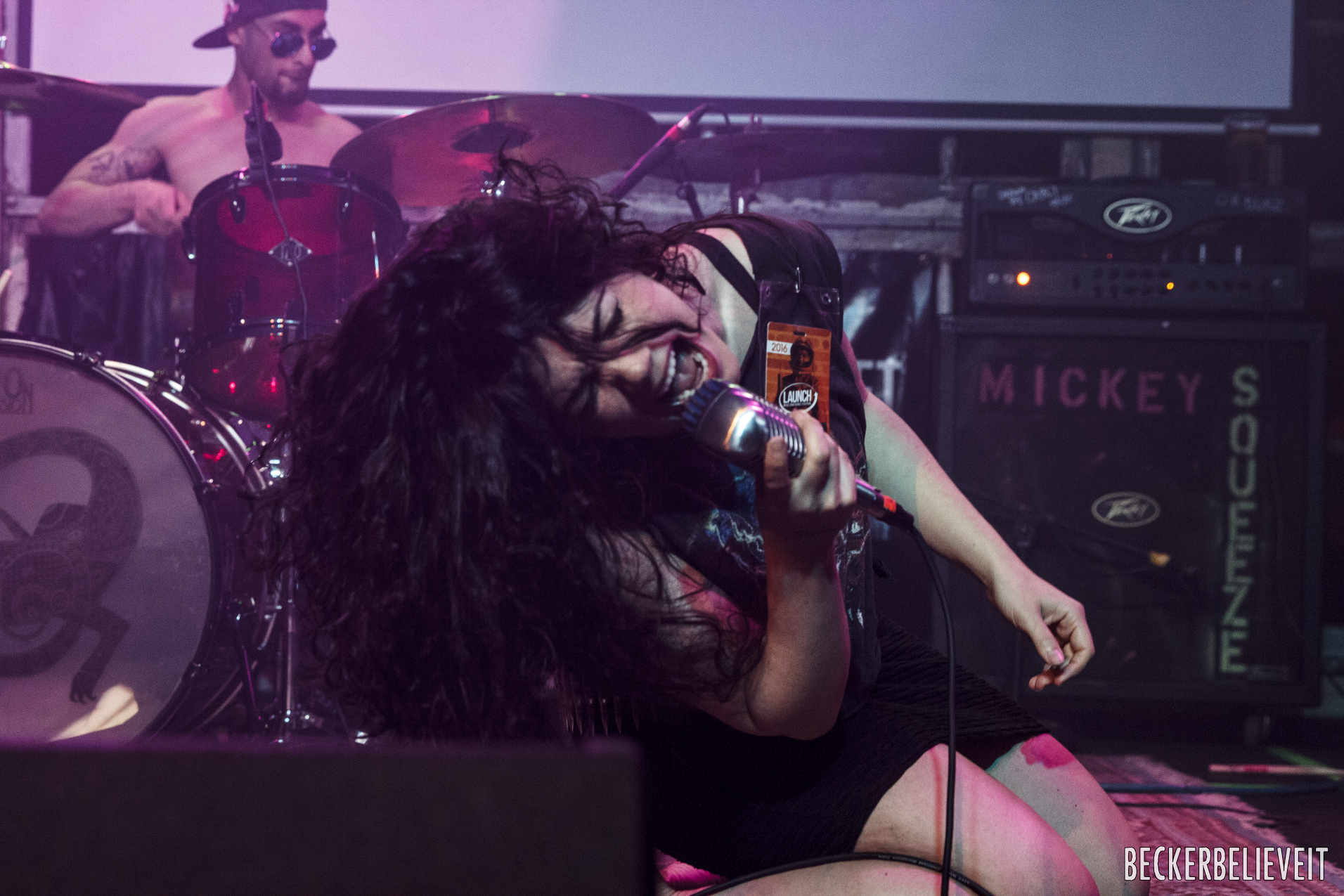 New York City | View Website
The New York based powerhouse rockers in Midnight Mob have staked their claim at the intersection of punk, metal, blues, and soul. Raspy-voiced chanteuse Blackey Deathproof, guitarist Mickey Squeeze, bassist Carly Quinn, and drummer Beatz flawlessly blend classic rock influences with modern day inspirations to create something beautifully restless. The band has evolved tremendously since forming in 2009, but the focus has never shifted: Midnight Mob is destined to bridge the gap between genres and create something without fear of limitation. As Mickey says, We play what we dig and people seem to dig what we play. We get the punk crowd, the metal crowd, the classic rock crowd  even people who arent really into hard rock relate to us on some level. Having already impressed the likes of Guns N Roses bassist Duff McKagan with their bewitching live performances in Times Square at the CBGB Music Festival and beyond, Midnight Mob is set to rock the world one riff at a time. To date, the Mob has released two EPs  2011s self-titled debut and 2013s Black Moon Rising  in addition to 2014s full-length album These Days. The bands uniquely vivacious sound has garnered a wide variety of placements including WWE Smackdown and MLB 2014 as well as a legion of incredibly loyal fans. Thanks to those fans and PledgeMusic, Midnight Mob has released their new EP, Honest Brutal Glorious, in March 2016. The new EP has ignited the industry and Summer 2016 Midnight Mob will explode all over the US playing some of the biggest stages at some of the biggest festivals such as Summerfest (WI), Sturgis (SD), Rock N Derby (NY), Fashion Meets Music Festival (OH) and Great South Bay Music Festival (NY).