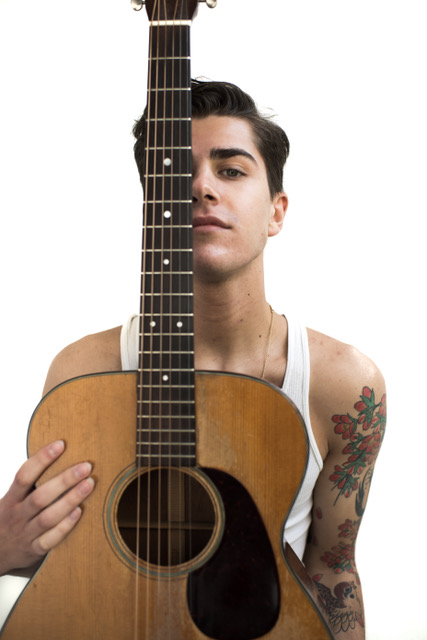 Berkeley, California | View Website
Singer/songwriter Simon Lunche has packed a near-lifetime of musical experience into just 19 years. As the creative force behind Berkeley-based indie-rock act The Blondies, hes written and produced the bands entire catalog and made his name as a captivating live performer. Along with taking up guitar at age fiveand soon becoming the youngest endorsed artist in the history of Gibson Guitarshes built up a vast musical knowledge that includes composing all the instrumental parts to his songs, from violin and cello to trumpet and sax. Having spent the last decade as a frontman, Lunche is now set to deliver a solo debut that brings a powerful new depth and even more dynamic vision to his artistry. Formed when Lunche was nine-years-old, The Blondies released their acclaimed album Just Another Evening in June 2016, right around the time of his high school graduation. While several of the bands older members decided to focus on finishing up college, Lunche opted to forgo school and pursue music full-time. Despite having written the majority of The Blondies three EPs and full-length effort all on his own, Lunche quickly found that working as a solo artist allowed a greater degree of creative freedom and sparked an unexpected evolution in his sound. As I started working on my new music, I rediscovered the reason why I picked up guitar in the first place, says Lunche, who recalls hearing an Eric Clapton solo at five-years-old and instantly becoming infatuated with guitar. Expanding on the technique hed begun sharpening as a little kid, Lunche soon advanced from his former role as rhythm guitarist and started crafting more intricate and richly textured guitar lines. I dont go for that shred-happy stuff thats going to blow the roof off, he says. For me its more about slower, smoother playing and more melodic lines that really stay with you in a special way. As he settled into finding his voice as a lead guitarist, Lunche conjured up a guitar lick that would make its way into his solo debut single. Mixed by Grammy Award-winning engineer Dave Reitzas (whos previously worked with artists ranging from Barbra Streisand to The Weeknd), An Angels Love bears a warm authenticity shaped by Lunches longtime love of Van Morrison and Leonard Cohen. The piano-driven track also finds Lunche bringing deeper nuance and a more reflective mood to his lyrics. I think as you get older, you start to appreciate these little moments in time in a way you maybe never had before, he says. A lot of what Im writing right now is about dealing with change and trying to move forward, but still holding onto some reminiscence of the past. Throughout his forthcoming album, Lunche matches his classic sensibilities with a soulful vitality that adds a fresh new edge to his music. At the same time, his solo work shows the strength of his natural musicality (a factor possibly inherited from his grandfather Raymond V. Pepe, whoas president of the Institute of High Fidelitywas hailed by Frank Sinatra for his sonic ingenuity). In each track, Lunche builds off his instincts with the songwriting skills hes honed since age six. He also sculpts every song with intense precision, tapping into his constant studying of the complexities of production. When I listen to music, Im thinking about how certain sounds were made, what gear was used and how things were recorded, he says. Experimenting in the studio all the time has really helped me to fine-tune my own sound and create music that feels good to me. When hes not working on his solo material, Lunche is often immersed in his long-term project of composing his own symphony: further proof of his restless creativity and singular devotion to making music. If you dont see me, Im probably writing some piece of music or working on finding some soundto the point where if I try to wind down a little at the end of the night, after about two minutes Im picking up my guitar and trying to figure out some tone, he says. Music is 100 percent my life, and theres really nothing that can ever distract me from it.
Tweet