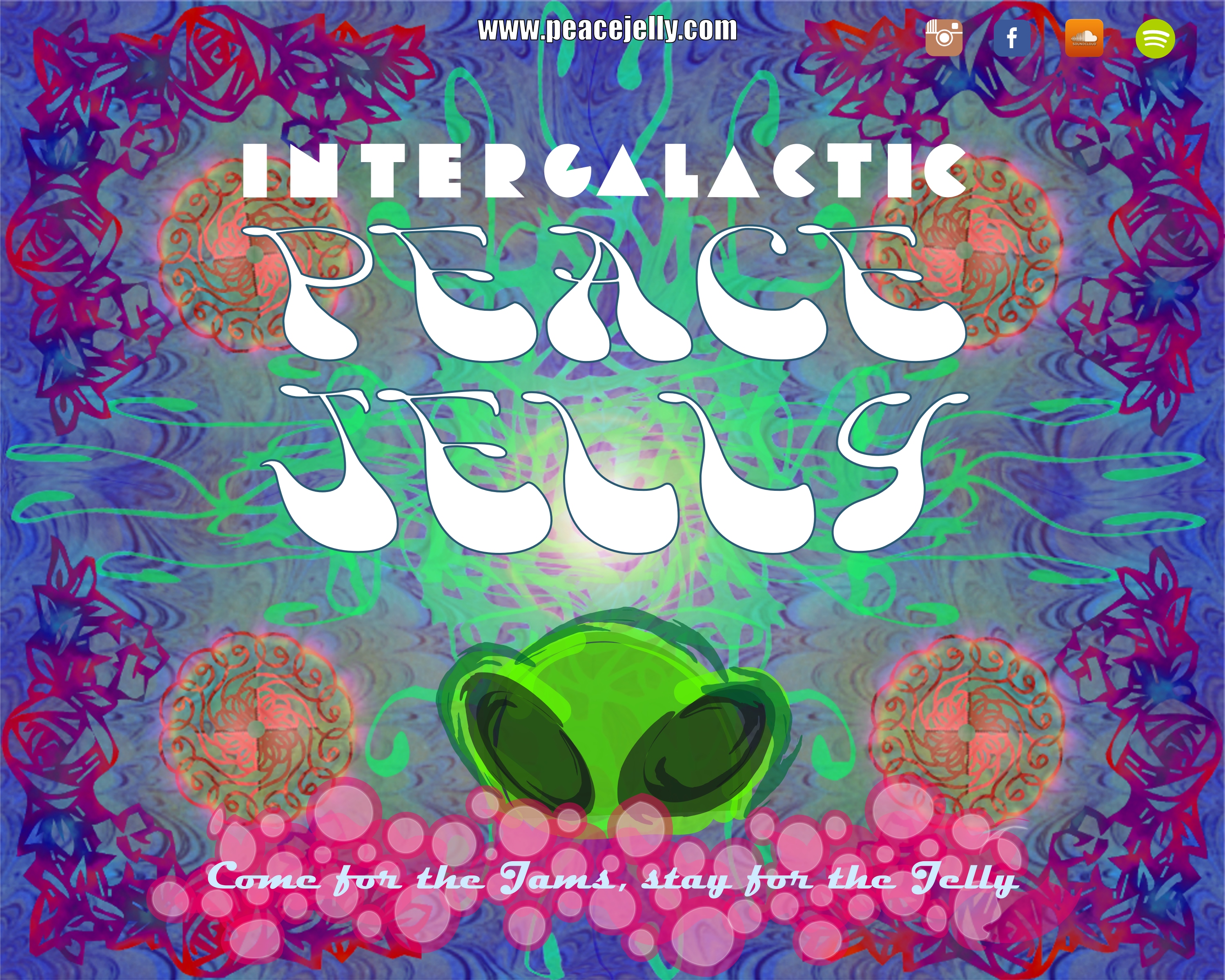 Boulder, CO | View Website
Legend has it that Intergalactic Peace Jelly came to life as more of an idea than a physical entity, but no one knows whose idea it could have possibly started as. Some say it has existed for all eternity; others claim it is the love-child of Rock n Roll and the Space-Time Continuum. All that is know for certain is that it descended upon Earth from the farthest reaches of the cosmos long before this planet was suitable for organic life, and here it waited patiently until the time was right to reveal itself. In what humans refer to as the year 2015, it emerged, embodied in physical form by five young men from Boulder, CO. The Jelly has been on the rise ever since, spreading the sacred word of rock and roll to anyone and everyone willing to listen. Recently, the band returned home from their first Western tour, having played stellar shows across California, Nevada, Arizona, and Utah. They have established an even more impressive reputation at home, opening for major touring acts like Marco Benevento, Analog Son, and Jennifer Hartswick at esteemed venues such as The Fox Theatre, Agave, and Cervantes Masterpiece Ballroom. The bands highly anticipated self-titled LP is expected to be released in late 2018, and will be supported by heavy touring throughout the country. Intergalactic Peace Jelly is JD Rodgers, Andrew Schuster, Max Gilbraith, Gordon Lindley, and Erique Johnson.