The South African Education and Environment Project (SAEP) empowers young people who are neglected by South Africa's education system. Through tutoring, enrichment and support, we give impoverished learners the tools to reach their potential and uplift their communities. 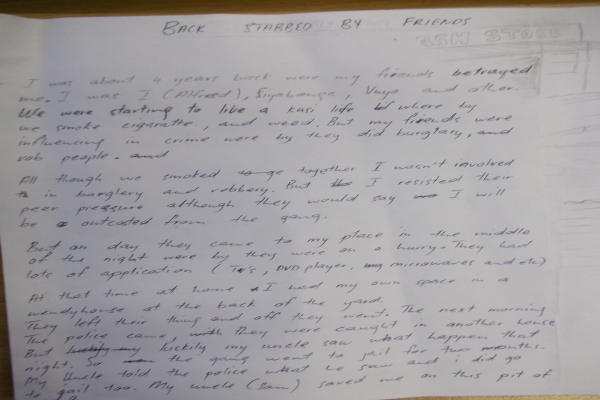 It was about 4 years back when my friends betrayed me. I was I (Alfred), Siyabonga, Vaya and others. We were starting to live a kasi life where by we smoke cigarette and weed. But my friends were influencing in crime where by they did burglary and rob people. All though we smoked together, I wasn't involved in the burglary and robbery. But I resisted their peer pressure all though they say I will be outcasted from the gang. But one day they came to my pace in the middle of the night where by they were in a hurry.They had lots of applications (TV's, DVD player, microwaves etc etc).At that time at home I had my own space ina wendyhouse at the back of the yard. They left their things and off they went. The next morning the police came, they were caught in another house. But luckily my uncle saw what happened that night. So the gang went to jail for two months. My uncle told the police what he saw and I did go to jail too. 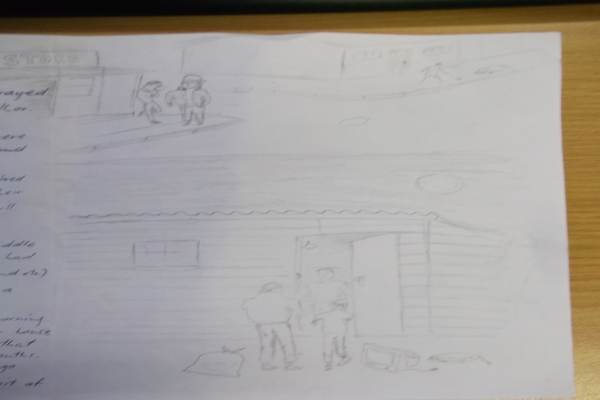 This is very much a song about how Alfred had the courage to not do the bad things his friends did but had to pay the price none-the-less. Hope this song makes positive thoughts :)